It’s ok to need a break. In fact, I need one right now. Our sweet baby girl just woke up at 3 a.m. screaming from what seemed like a bad dream. I had finally just sat down to write my blog post for “Marriage Monday” but had not even hit a key yet when she woke up. Now, I don’t even know what I was going to write about. I feel like that a lot lately. Like I don’t even know. I don’t know what tomorrow holds, what next week will bring, and in reality most days I don’t even know what we will be having for dinner! I don’t like not knowing.

I used to be able to plan well. Ask anyone that knew me in Chi Alpha in college. I was the one with the color coded daily planner. I had my day planned down to each hour. Life was easier to plan then. I had classes, chi alpha events, and work. Those three things for the most part took up my days. Now, I don’t have any thing that structured to plan my days around. My husband’s work hours are never the same. So no planning there. Our daughter’s sleep hours are never the same. So no planning there either. I am left trying to fit a break somewhere between the two. It’s ok to need a break.

When my sweet husband is done working for the day I don’t want to just toss our kid at him and run for my life…well… maybe sometimes I do… but I can’t. I want to spend time with him as well. And he usually needs a bit of a break at the end of  a long work day. I get that, so, my break gets put off a little more.  What I am referring to as a “break” in that last sentence is simply a shower. But to me it is no longer “simply a shower.” It is 10-15 minutes of alone time. I can shut my brain off and take a break. I can pray, brainstorm, or try to plan without our sweet toddler trying to break the sound barrier with her very high pitched squealing screams in the background. However, sometimes she does sneak in the bathroom giggling as she is running from daddy to try and come tell me hello!

I don’t know the answer to me getting a break. But I do know that it’s ok for me to need a break (and you too!)… I also know that God knows we need rest. He knows that sometimes we are weary and burdened.

“Come to me, all you who are weary and burdened, and I will give you rest. Take my yoke upon you and learn from me, for I am gentle and humble in heart, and you will find rest for your souls.” Matthew 11:28-29, NIV

It says “I will chase you down in all your doings and all your stress and give you rest”…. ummmm no. He says “come to me” and ” I will give you rest.” We must make the choice to go to Him.  That is when we are guaranteed rest. And in order to find “rest for your souls” (which I think is what we all really long for) we must take His yoke and learn from Him. He is “gentle and humble in heart.”

When life is stressful and you don’t even know what is going on… go to Him… and He will give you rest. It’s ok to need a break.

When life is making you stressed and rough around the edges… maybe even sharp… before you cut someone (emotionally) learn from Him and be “gentle and humble in heart” and you will find rest for your soul.  It’s ok to need a break.

How do you go to Him? How do you learn from Him? I would Love to hear from you in the comments below! I reply to every one because each of you matter to me. 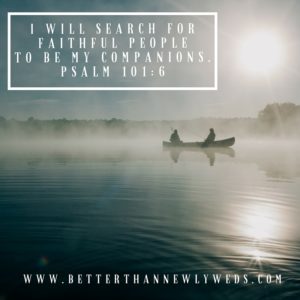 BetterThanNewlyweds.com is a participant in the Amazon Services LLC Associates Program, an affiliate advertising program designed to provide a means for sites to earn advertising fees by advertising and linking to Amazon.com. All opinions expressed in these reviews are our own. We only bring you the products.
*Disclosure: On occasion, “affiliate links” may appear on this website. This means that when clicked and the item is purchased, the seller sends me an affiliate commission. This helps me keep this blog up and running. The item’s price is not affected in any way. Only items I believe my readers will enjoy are linked in this way.
Information is shared for educational purposes. Ownership of content remains with it's original publisher. If you feel we have made an error please contact us know so we can remedy the situation.