Infertility is an issue that touches the heart of so many. I am honored that my dear friend, Celeste, wants to share more of her story on Better Than Newlyweds. It has been amazing to watch her go through such heart ache and the whole time ache for more of God. She is a reminder to me of what it means to have faith and trust God. I am blessed to know her and I know you will be blessed to read her story.

2000 a retreat for Chi Alpha students across the US and world. Night two, the speaker spoke with passion about the surrender that was required to live a life for God. Talked about calling\sacrifice. Of course I don’t remember all the details of her words but the impact it left was real. What I do remember vividly is the burning in my heart to run not walk to the altar and the feeling i had when I hit my knees to pray that night. Rushing through my head were visions of my family. God asked me one by one would I give them up for his calling. Then faces I didn’t know, friends, younger people I would mentor….. Would you give them up then children… Little faces I didn’t even realize were my children… Then a blazing fire and a question, will you sacrifice them all for me. I balled and cried but said yes yes I will. The weight of it all felt like I was doing it there as we prayed…. Like maybe I would get up from that place and they would be gone forever. I’ll never forget that night because some part of me felt the weight of the loss God was calling me to walk through but I couldn’t possibly understand what it would feel like. I didn’t even meet my husband till two years later and married five years later.

Cut to 2007. Knew I was called to be a Mommy. Knew I was supposed to have kids… Of course right. It was all threatened when they found abnormal cells on my cervix….a few months of scares and a procedure later I was supposedly fine and could resume normal expectations. The threat of losing my chance left a sinking feeling in me though and I suddenly wasn’t sure if it would just work like clock work… Little did I know that was only the beginning of the test of faith for children I would walk through. First pregnancy wasn’t a total surprise, we hadn’t officially tried yet, just weren’t very careful. But boy were we excited. First ultrasound looked totally normal. Even a little heart beat. I wasn’t due to see the doctor till thirteen weeks along. I had no reason to think anything was wrong until that apt… No heartbeat, then ultrasound…. No growth. The baby has passed. I can’t begin to tell you the sadness we felt. Urgent to try again, to conquer the sadness with hope tried again right away… And were pregnant very quickly…. This time the doc kept a closer watch… Seven weeks…. We knew “pregnancy not viable” then the miscarriage… More pain… Again I thought the only way to healing was a baby….. Three months later trying again, reluctant husband…. Determined wife…eight weeks in agonizing sharp pains…..misdiagnosis…. New doctor thank God finally caught it, an ectopic pregnancy!!! What could be worse, we had a heartbeat but had to have surgery to take the baby before it killed us both…. Oh the sorrow now was consuming and now healing on top of it.

When we went to China finally we knew we were called, no other explanation for all the funds, visas and paperwork coming together as quickly as it did, three months. Still couldn’t help but feel a little like we were running. Running from the loss, the death, the fighting and confusion of the last two years. We lovingly refer to it as our season of loss. We were there two years and I can’t speak for him but I didn’t run from anything. It follows you doesn’t it….. You never really leave your sorrows or pain behind with a move or identity shift. It follows you because God won’t let it go till your healed! So Back home after being on a kind of pause..

Even on the plane home I remember thinking… Maybe it’s all different now. Maybe the two years miraculously healed me, us, our issues. A new start, new church, newer beginning.

So when we accidentally got pregnant in 2012 I was excited. Even though we didn’t have insurance yet, we didn’t have our own home yet, we didn’t even have a job in the states yet. So when I started bleeding on a Wednesday night 13wks in you can imagine the frustrations and overwhelming anguish……NOOOOO NOT AGAIN!!!

Enter Dr Butler Poku. As earlier mentioned we had no insurance. So we had to literally Google OB doctors. There was one woman that popped up in the area. SHE didn’t look to have a even a local office in the area yet. She was seeing patients in the ER IN FLORENCE of all coincidences! She walked in and within ten min of meeting me had preached to me about Sarah and Hannah and not even knowing I was a believer had spoken faith into me. She promised she would work with me till we got our baby here….. God only knew that she was speaking prophetically. SHE would deliver, not only my daughter but my son two years later. 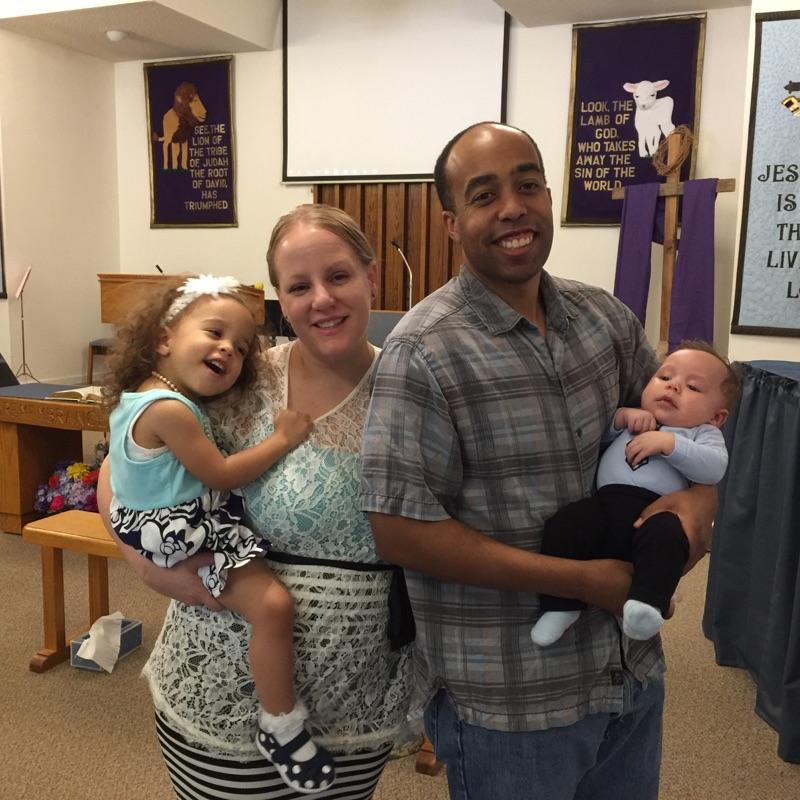 So YES!!!!! I HAVE MY HAPPY ENDING I WAS COMPLAINING ABOUT when I last wrote you.

Psalm 116:17-19 says “ I will sacrifice a thank offering to you and call on the name of the Lord. I will fulfill my vows to the Lord in the presence of all his people. …. Praise the Lord!”

I vowed to share this story with those who are still hurting.

I vowed to never forget the pain so I would never take the victory for granted.

I vowed to be a good Mommy, even on my crazy, meltdown days lol.

So back to the story….

In 2007 God gave me the name Elianna. I remember sitting at my table in Flagstaff telling my mommy and precious aunt Patti Sue, now with the Lord, that God had given me a name. I knew it was the name before I knew how much the meaning would MEAN TO ME. YOU SEE I hadn’t lost any yet. It meant, “the Lord has responded!” Little did I know I wouldn’t see that child, with that name’s face till eight years later. Eight years later I held the most beautiful child I had ever seen. The one I begged and pleaded, cried and ached for. I hold her everyday!!!!! Sometimes I think I squeeze her to much, over kiss her lol…. No how could I ever over love, out love the love God gave me in that little girl.

Then two years later he gave me my EPH 3:20 HE DID IMMEASURABLY more than ask I asked or imagined! He then blessed me with my Malachi! There are more chapters to share about these two miracles. More why’s to their miraculousness…. If that’s a word. All I can say is man when God decided it was time to bless me HE blessed me so much more than I could’ve ever imagined or asked for!!!!!!

More to come. Thank you for walking through this journey with me.”